Don’t settle for less than you are entitled to

No win, no fee options available – get in touch

Our personal injury claims team, based in our offices in Bromley, can help you receive the compensation you deserve for pain, suffering and financial losses incurred as a result of an accident or a case of medical negligence.

Here are just some of the cases where we have been able to help clients obtain compensation.

Our client, Mrs K, was a disabled pensioner. She already walked with the aid of two sticks when she was knocked over by the automatic doors of a well-known supermarket chain. The doors closed prematurely and without warning on our client as she attempted to leave the store. She fell and sustained a chipped bone in her wrist. Because of her age and pre-existing disability the injury had a far greater impact on our client’s mobility and general ability to function than it may have had on a younger person.

The supermarket had a duty under the Occupier’s Liability Act 1957 to ensure Mrs H was reasonably safe while she was on the premises. To fulfil this duty they should have ensured the doors were regularly maintained and inspected. If they had done so they would have known the doors were not functioning properly. We sent a letter of claim and the supermarket admitted liability fairly early. We then negotiated an out of court settlement of £10,000.

Mr C was in the care of the local authority. He was taking a bath when his carer left the room, after leaving him in the bath and taking out the plug allowing the bath to drain. She returned some 5 minutes later to find him collapsed in the bath. He had fallen whilst trying to get out of a cold empty bath. It was subsequently found that he had broken his hip and he needed a hip replacement. Unfortunately he never recovered from the fall which accelerated his mental deterioration and he never walked again. The Defendant local authority argued that it was not negligent to have left our client in the bath and liability was not admitted. However we found that our client had been taking a sleeping tablet for many months which was likely to have rendered him drowsy and susceptible to fall, which the Defendant should have been aware of. Liability was never admitted but we were able to negotiate a settlement of £36,000 which was approved by the court.

Our guide, written by Penny Langdon, a highly experienced personal injury solicitor based in Bromley, explains the process of claiming compensation. From funding your claim to how contributory negligence could affect the amount of compensation you may receive, the guide covers the details of compensation claims and even provides a checklist to help you negotiate a smooth path through the process. 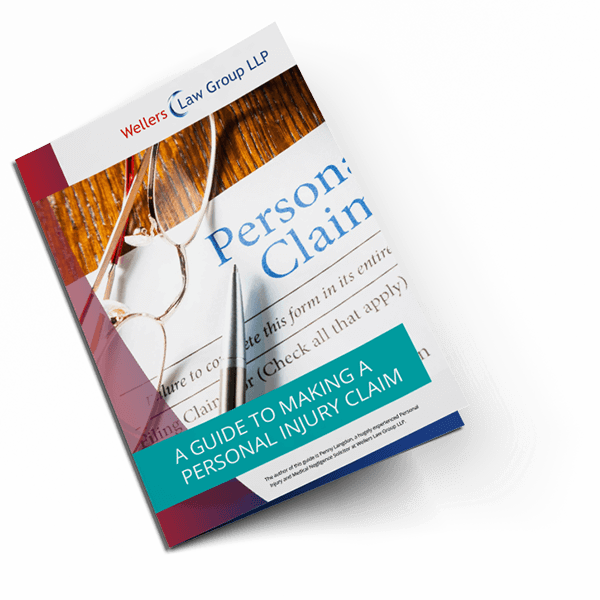 Please contact Penny Langdon on 020 8290 7977 or email mailto:penny.langdon@wellerslawgroup.com if you want advice on an injury, accident or medical negligence claim or complete our Personal Injury Claim Questionnaire.

When the victim of an accident…

Slips and trips are somewhat inevitable.…

The family of a boy born…

We use cookies to ensure that we give you the best experience on our website. If you continue to use this site we will assume that you are happy with it.Ok