No Will Means Negotiation to Decide Estate Split 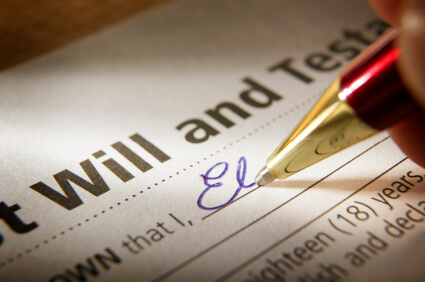 A professionally drafted will is something every adult should have. Not only does it provide certainty as to who should inherit your possessions after your death, but it will also make things a lot easier for your executor at a time that is usually stressful.

A recent case illustrates this point. It concerned the death of a man whose failure to make a will stating his intentions threatened to deprive his ex-wife and two children of their rightful inheritance when he died suddenly.

During the course of his first marriage, the man and his wife had lived modestly and worked hard to bring up their children and to establish a thriving family company. When they separated and divorced, however, he was the company’s sole owner. After he remarried, the company was sold and he received a sum of almost £5.2 million, which was paid into his second wife’s bank account.

Following the divorce, the man had maintained a good relationship with his first wife and their children. He promised that he would pay for them to be housed comfortably and that he would cover the costs of the children’s private education. However, he had done neither of those things before his premature death.

His first wife and children launched proceedings under the Inheritance (Provision for Family and Dependants) Act 1975 with a view to obtaining reasonable provision from his estate. A declaration was also sought that the proceeds of the company’s sale fell into his estate.

The man’s widow contested the case, however, on the basis that the millions he paid into her account were a non-returnable gift. It was also submitted that, as an American citizen, the man was not domiciled in the UK and the Act therefore had no application to the case.

Following negotiations, a settlement of the dispute was agreed whereby his first wife would receive money and property worth a total of about £1 million. A further £950,000 would be divided between the two children. In approving the settlement, the High Court noted that it properly reflected litigation risks and avoided the trauma of what would otherwise have been a hotly contested trial.

Misconceptions about Lasting Powers of Attorney

A recent survey carried out by…

Since being introduced in 2007 it…

Estate Administration Delays as a Result of COVID

According to figures published by the…